The studio explored a new typology for vertical affordable housing in the center of Mexico City: a flexible structure that allows for the informal expansion of the family unit. This expansion allows the project to become economically viable, because the developer can build less but sell the potential to grow. Within this financial framework, we discovered new ways of thinking about building in which we advocated not only for the architect, but also for the developer and the user in tandem. This conflict of interest subsequently revealed how each of us approached the problem of expansion within a design. In each case, we were challenged to think through new ways of producing space architecturally that respected the financial constraints of building affordable housing in Mexico City.

Located in the vibrant neighborhood of Roma Norte, this scheme proposes an open structure we might call an “arch lattice.” Arches became interesting as a way to not only capitalize on an architectural expression, but generate an environment in which the commercial programs have a strong identity and appeal within the larger Colonia. This neighborhood is currently a popular area for dining, boutique shopping, markets, and nightlife, so a project with potential for such services could greatly benefit the culture and local business.

The arch as a figure cannot help but be referential; in this case, it was derived from the nearby Roman arches of the Chapultepec aqueduct, a structure which itself encapsulates a Spanish colonial heritage. This architectural element is recycled in this project to generate affordable housing with character and uniqueness within the purely financially-driven system of repetitive modularity. The arches are precast concrete members to be delivered on site, while the slab and ordinary columns are to be poured in place.

In plan, the lattice has been rotated 45 degrees in relation to the unit organization. This yields diamond- and rhombus-shaped units which, while spatially triangulated by the arches, resolve to square profiles upon complete expansion. The rotation prevents the arch from cutting into the glazing, avoiding additional costs to the building envelope. In addition, the rotation allows for more light to come into the space; two faces are exposed to the exterior rather than one, and every unit thus becomes a “corner unit” if expanded as such. 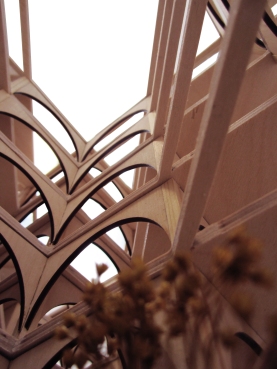 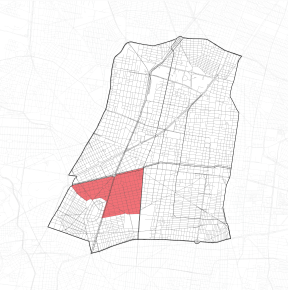 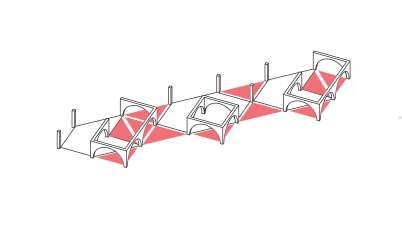 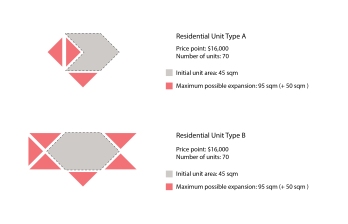 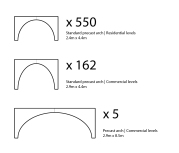