The SoundWorm is an installation originating from a student-led design charrette held at the Rice School of Architecture in January of 2014. It was designed by a team of students from varied academic backgrounds: architecture, electrical and mechanical engineering, visual art and anthropology. Its aim is to conflate the diverse experiences of campus life through the medium of sound. Five mobile recording devices are placed in different spaces on campus. By tapping into the campus Ethernet, the sounds collected at the five sites are transmitted to their respective speakers in the SoundWorm – a bright yellow sculpture constructed of steel pipe, situated adjacent to the campus library. The collection spots are not intended to be permanent. Each recording device can be moved to create a different collection of sounds, emphasizing the numerous and diverse compositions that can be created within the campus.

The sculpture aims to create a new kind of auditory-spatial experience by engaging public territories through digital means. Historically, the notion of public has been strongly associated with verbal discourse. The work of German sociologist Jürgen Habermas defined the public sphere as the realm of social life in which public opinion is formed. This public sphere is represented by newspapers, magazines, radio, television and other media. However, a public exists first and foremost in a spatial dimension, as the physical space in which verbal exchange occurs. Sound is arguably the primary medium of publicness, and thus more representative of society than any other sensory faculty.

The installation addresses the deceptively small and intimate nature of the Rice campus by exploiting the simultaneity of activities otherwise unaware of each other. It also postulates a new way in which to engage with the digital. Many of the campus inhabitants are consumed by the demands of their majors, extra-curriculars, and dorm life. A university student’s limited free time is frequently spent in digital space, keeping its subjects factually aware and yet experientially isolated from the physical. However, as the act of walking through the structure creates an awareness of the totality of the Rice community, the subject is able to oscillate between the diverse happenings at each recorded location. When layered on top of each other, the recordings create a symphony of campus life, unifying experiences digitally, yet in a much more spatial way. The final result is the creation of two new publics of Rice campus: one whose environments are being digitally transmitted and a second which, detached from any conception of place, gathers to experience them spatially. 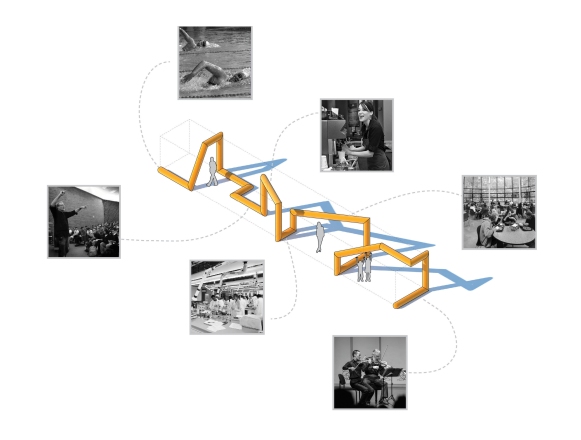 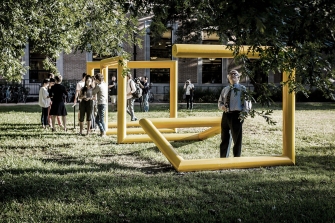 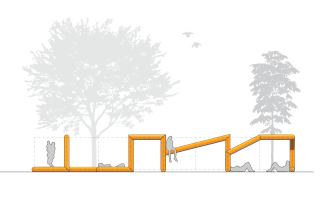 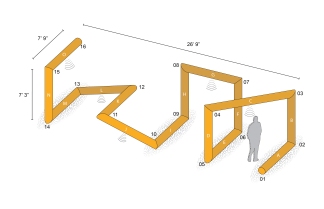 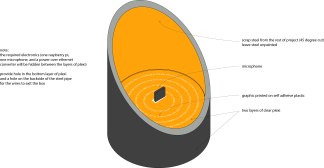 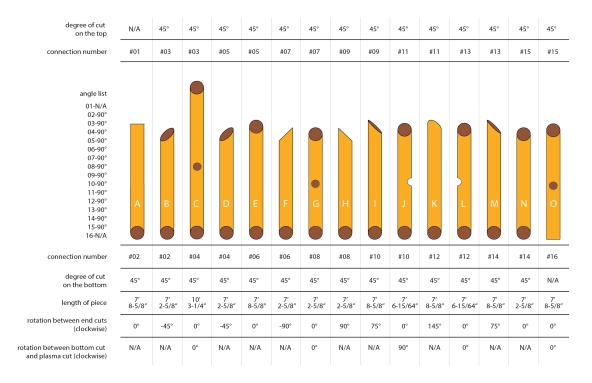 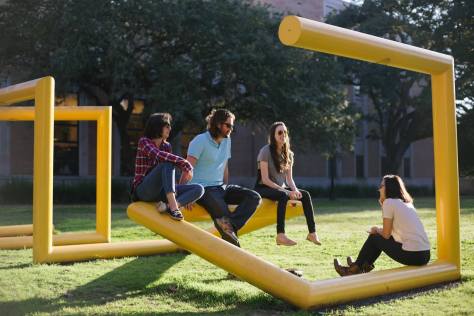 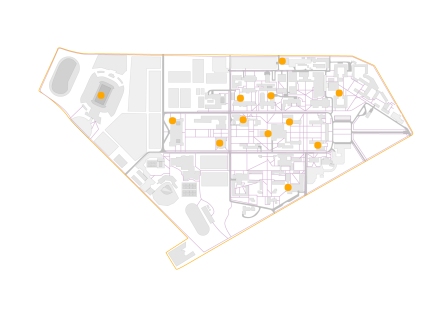 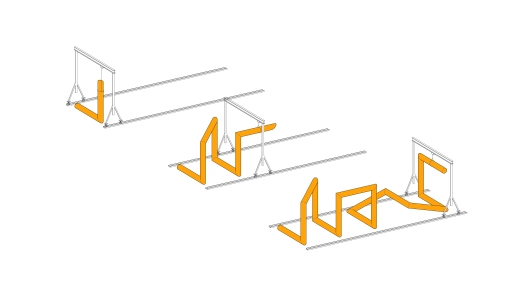 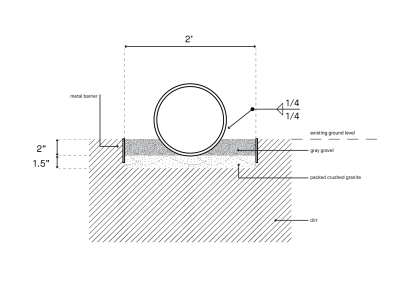 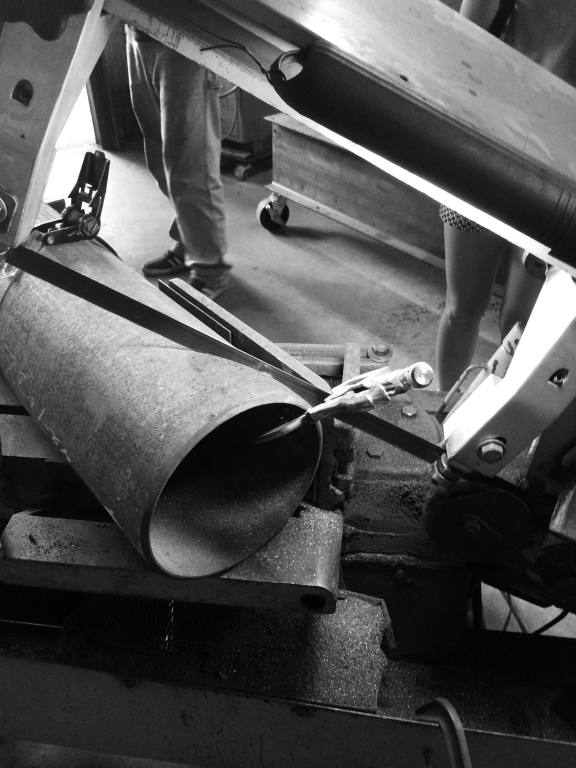 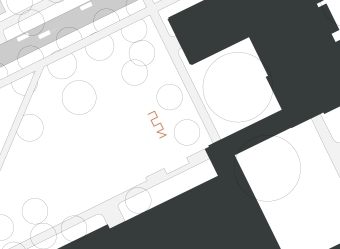 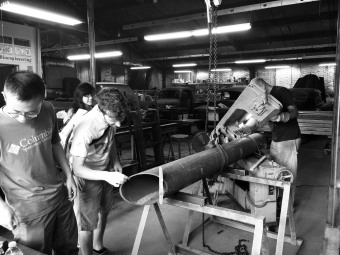 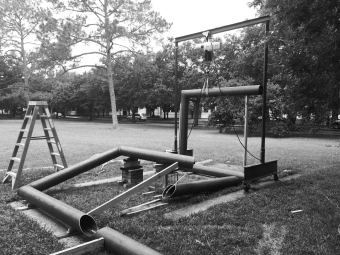